For this interview, we spoke with Pedro and Anna. Pedro is from Guadalajara in Mexico and Anna is German. The two have met – and fell in love, when Anna went to Latin America for an internship. After being in a long-distance relationship for a year, Pedro has followed her to Germany and wants to build a life for himself here. What Pedro says of Mexico, and whether it is difficult to integrate in Germany are some of the questions we asked him.

The interview was conducted in September, 2015.

If someone travels to Mexico, and asks you where to go absolutely, you tell him then he should go to the beach?

Yes, the beach, absolutely, and especially the beach of Salyulita, with that one I identify the most, since it is the most beautiful and also the closest from Guadalajara. But of course there are many other wonderful beaches.

What do you miss most here in Germany?
It sounds funny, but I like being in contact with nature, I miss being around animals. I am especially open to dogs, to pet them and so on, I’m very open about them. Here in Germany it seems to me as if the people are jealous when their animals are being petted, they do not like it. And of course, I miss the food, the tacos for example. Especially the street-food. If you go out at night in Mexico and you happen to be hungry still, then there is no problem, because there are stands with tacos, burgers and so on at every corner. Here you leave your house at 8 pm and you are guaranteed to get nothing to eat except for in a restaurant.

Did you ever think about moving away from Mexico before you met Anna?
No, never. I always thought that I would spend my life there. I love my home, I love that the people there are so warm, I did not lack anything while living there. I always thought that I wanted to travel, see the world, but always return to Mexico afterwards. Well … and now I have met Anna and am here.

Do you want to study here?
Yes, I want to study and to work here; build a normal life for myself. I have made this decision and there is no way back, basically because I love Anna. I had a job-interview, during which the boss asked me if I missed Mexico. I did not even have to miss Mexico for a moment, because I am here with the person I want to be with. Well … today is the Independence Day, so now that I think of it, I have to admit that I miss Mexico a bit.

Does your family support your decision? 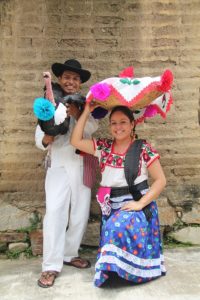 It is the case that, in Latin America your mother means a lot to you. Certainly, that is the case all over the world, but especially in Latin America. You do not leave your mama that easy, your mom is your mom. So when I explained the situation to my mother, she had a lot of questions at the beginning … whether I was really sure and so on. But she has always particularily supported me and, therefore, also in this case she said: It is your choice and I support you, no matter where you go, you will always be my son. So I have their apparent support, but know that secretly they are thinking: Don’t go! But of course I am more relaxed knowing that I have their support, than I would be if I did not have my parents sticking up for me.

Could you imagine a common future in Mexico?
Anna: It depends. If we wanted a family and children, we could not. The thing is that the education in Germany is inexpensive, yet good.
Pedro: I would never rule out living in Mexico. However, if I wanted to be a father, then you could argue that moving out of Mexico is better. In fact, the local school system is very poor. To give my children a good education, would cost too much money. The state schools care little for real education.
When children face a critical situation in school, such as disputes with classmates or others, then you are only declared at home how you should behave; what is good and what is bad. All this is supposed to be the teachers’ responsibility, to look after the children, but they are not interested in that.

If you had the chance to change one thing in your home, what would it be?
There are many things to be changed.

Sure, it’s a difficult question, but perhaps you will find an answer anyways.
Well … one often tries not to talk about the bad things, but in this case … I would abolish corruption.
In Mexico, everything comes down to money. Let’s say, a drug dealer is arrested. He only needs to give the police staff enough money and they will let him go. Drug dealers belong in jail, that’s it. After all, they do not just sell drugs, kill, kidnap, etc. In order to gain power, a lot of blood has to be shed first. If the authorities can be bribed, any effort against the drug war is worth nothing.

I did another interview with a Colombian. [To be read here in two weeks time]. So in order not feed the stereotype that all Latin American countries are the same, I am asking you as an outsider: what are the differences between the two countries, what have you heard about Colombia?
In fact, I do not know much about Colombia, I can only repeat what is usually told about Colombia. They supposedly have the best cocaine. They also play football very well there. I could tell you more about Venezuela.

Okay, go ahead.
I have a friend from Venezuela, whom I met here in Germany. He says that the financial situation there is disastrous. A man lives in constant uncertainty whether he still has money to buy food for himself the next day, or if the prices will have increased so sharply the next day that he cannot afford it. You go to the movies with a big pack of notes and they are also stripped of it all because the currency is worth so little there. It is slowly being replaced by the american dollar, since that is more reliable. Therefore, he emigrated to Germany directly after graduation.

What image do Mexicans have in mind when Europe is mentioned? 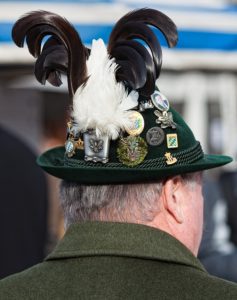 Usually when we hear the term “Europe”, we know that it is further developed in many aspects. Mexico is a third world country, at least in many areas. When we hear of Germany, we know that it is up-to-date in all matters, constantly.
To stay with the entire continent, Europe is the embodiment of the dream to travel the wide world for us. When we hear that someone is flying to Europe, we are excited! It is the main jackpot, the best thing you can do! If someone travels to the USA, that’s a great thing, too. So you can imagine the feeling. Many people want to emigrate to Europe; many have gone to the USA, you could almost say that the magic has somewhat disappeared. It is now this fancy whole new world, which is not so well known in Latin America. We also know that the living conditions are better in many aspects there.

If you could change one aspect of Germany, what would it be?
I am bothered by the distinctions between nations,which bring great bureaucratic hurdles with it. This attitude of “I am from this country, I am better than you, I can stay as long as I want here”. If you are not from Germany, or at least Europe, then you have to apply for a visa, however, this is only valid for a certain time now. Afterwards, I will have to leave again to then get another visa, which is unnecessary.
Sure, this is the case in every country; I understand that, and when I was not personally  affected by it, I could not be bothered. Now, since I have experienced it myself, I would change it. It prevents a just mind to build a life and move forward in a new country. Maybe I need to take off again in a few months, all the trouble I went through here would be in vain. Just because the state would decide so. With this uncertainty we live constantly. All the bad experiences I have had here in Germany until now revolved around this obstacle. I now have a tourist visa for three months. With this, I cannot work. However, I have to find a job offer to renew my visa within this time-frame. So it doubles the pressure to be sure to find a job. There is more at stake than during an ‘ordinary’ job search. 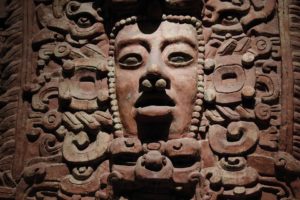 Yes, I knew that you would say that! ☺
Yes, there are people to whom the place where they live is very important, but to me, only the people I am with are important.
Anna: And besides me?
Well, I like it that the cities are so clean in Germany, you see no garbage in the streets, the air is clean. It is really a lot better than in Latin American cities! The houses are nice and small. In addition, Germans are very neat. In Latin America, people are loose, messy, indulgent, not so strict. Of course, abroad the attitude of the Germans is ridiculed. None must step out of line. As an outsider, you would think that this discipline restricts. If you take a closer look you realise, however, that it is good and that they therefore lead a good life. I like it, I can adapt a little bit of this attitude for myself if I live together with a German. I see within me, that I have a lot of advantages from such a behavior.