In August 2016 it was finally time! For eight years now, AEGEE-Passau has hosted a Summer University again! Together with the antennas from Munich and Bamberg the motto was: “Bavaria: United in Diversity – Fasten your Lederhosen!”. A total of 25 participants from all over Europe came to beautiful Bavaria. The goal: to get to know the culture, the landscape and the people! And this is exactly what they should be offered in the period from 5th to 19th August. 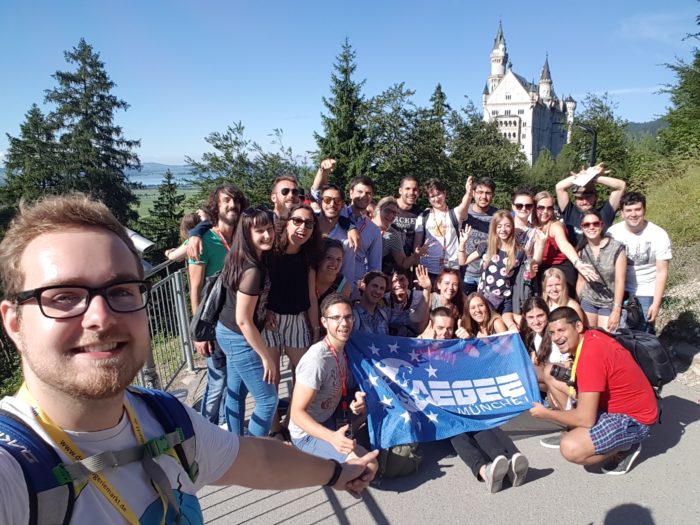 Beginning in Munich, the group got to know each other, and the nightlife of the Bavarian state capital was explored together. After a guided tour of the city, the participants were automatically sent to a city rally and in the evening they went back to the club. Culture in Munich was definitely offered. For example the dance workshop with the support of a traditional Bavarian dance group or, of course, the highlight of the first section: the visit of Neuschwanstein Castle.

In Bamberg, for the most part AEGEE “newcomers” went straight on with a great tradition: the European Night. The participants worked hard in the kitchen and conjured up a huge international buffet, which was supplemented by beverages brought from home. Of course, the guided tour of the historic Domberg wasn’t 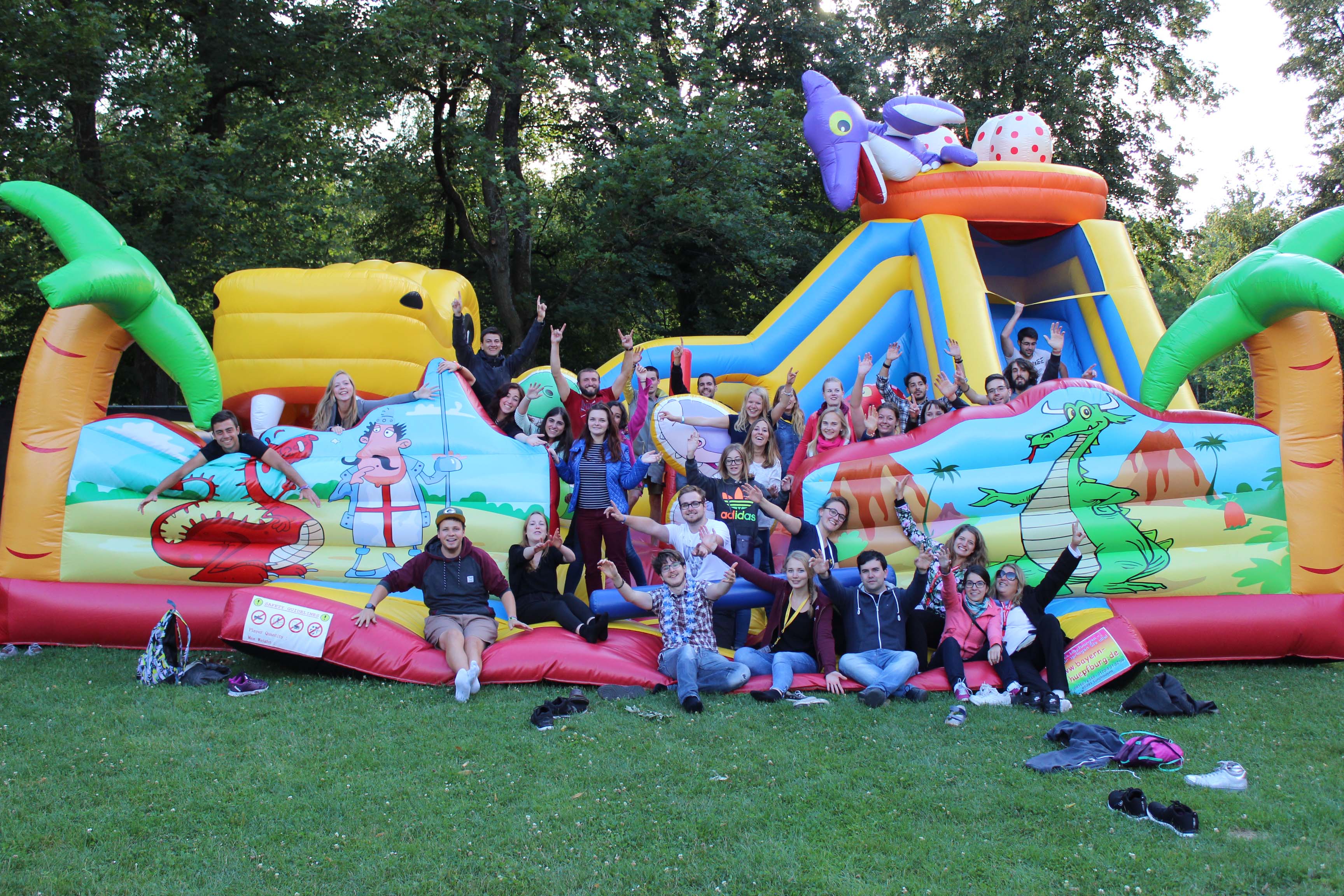 missing, followed by another city rally and a real pubquiz. And surely if you are already in Germany you have to experience a real BBQ with Flunkyball. The surprise attraction: the private inlet in a bouncy castle festival with over 13 different bouncy castles.

However, AEGEE is not only fun, but also dealing with relevant topics that particularly young people in Europe are concerned with. In Bamberg, for example, there was a workshop with a discussion panel on the topic of youth (un)employment, in which the whole group took an active part. Afterwards, however, was again a leisure program announced and so it went on with canooing. Since it is very one-sided every night only to celebrate, we also went 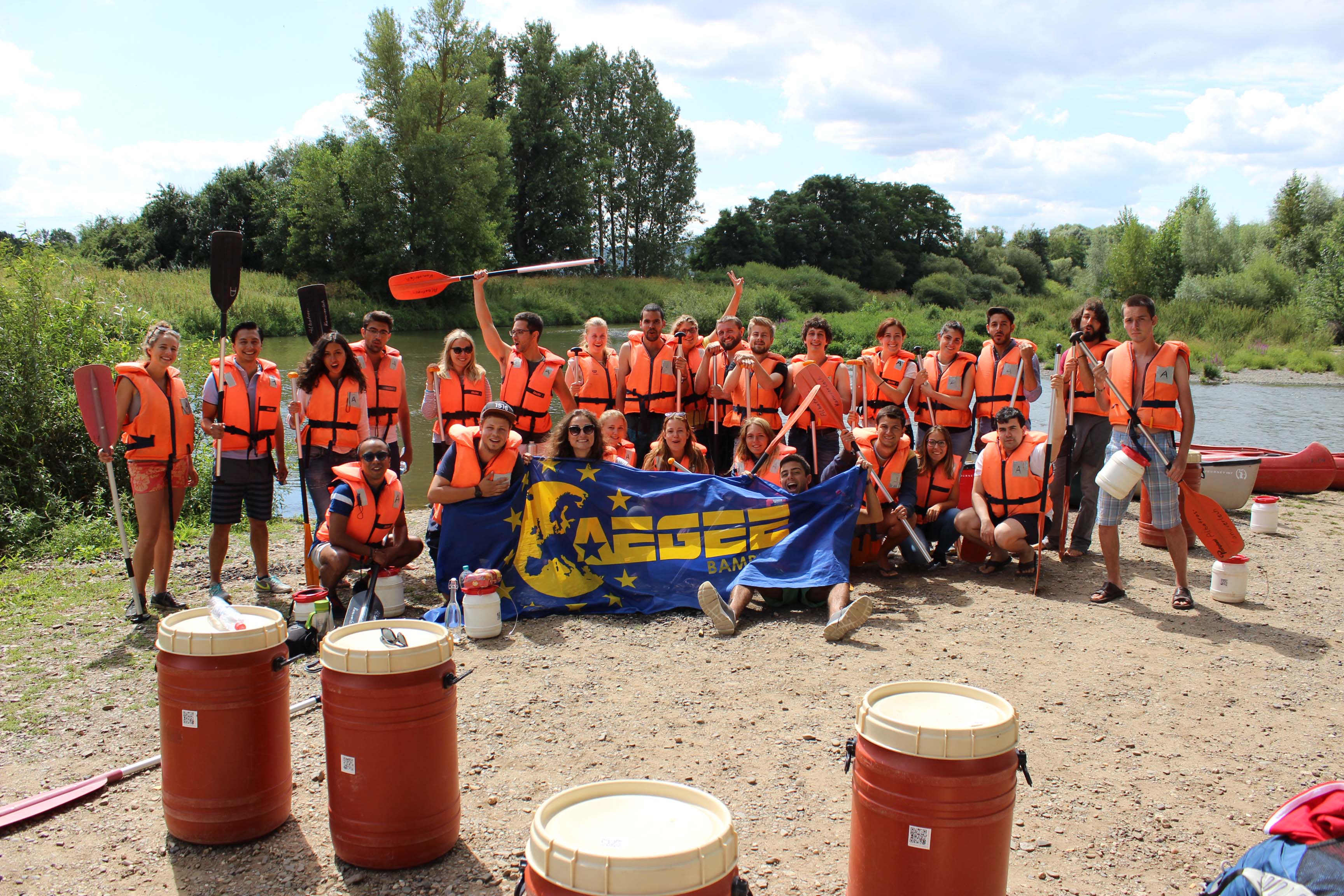 on a torch-hike. The next day we went on to the workshops: brewing beer and learning the German language was on the agenda. For this, among other things, AEGEEans from Delft, who showed us the most important steps of beer brewing within an hour, flew in. And those who had not had enough still went to the brewery, because: in Bamberg, there is the highest density of breweries in the world. Since Bavaria has many beautiful cities, the next day we went to Würzburg. There we climbed the fortress and enjoyed the view of the beautiful surroundings. In the evening, of course, we ate in Bavarian style in a beer garden and enjoyed beer from local breweries. Sunday, there was traditionally a white sausage breakfast, and then the group went on the train to the long trip to the last station of the SU, Passau.

There was after another BBQ, a more detailed introduction into what AEGEE as an organisation does and how members can actively participate. Already the next day we went high on the Lusen, a 1300m high mountain in the middle of the Bavarian Forest. At the top, the arduous ascent was rewarded with a warm meal and a cool beer. In addition to the city rally in Passau, there was also a 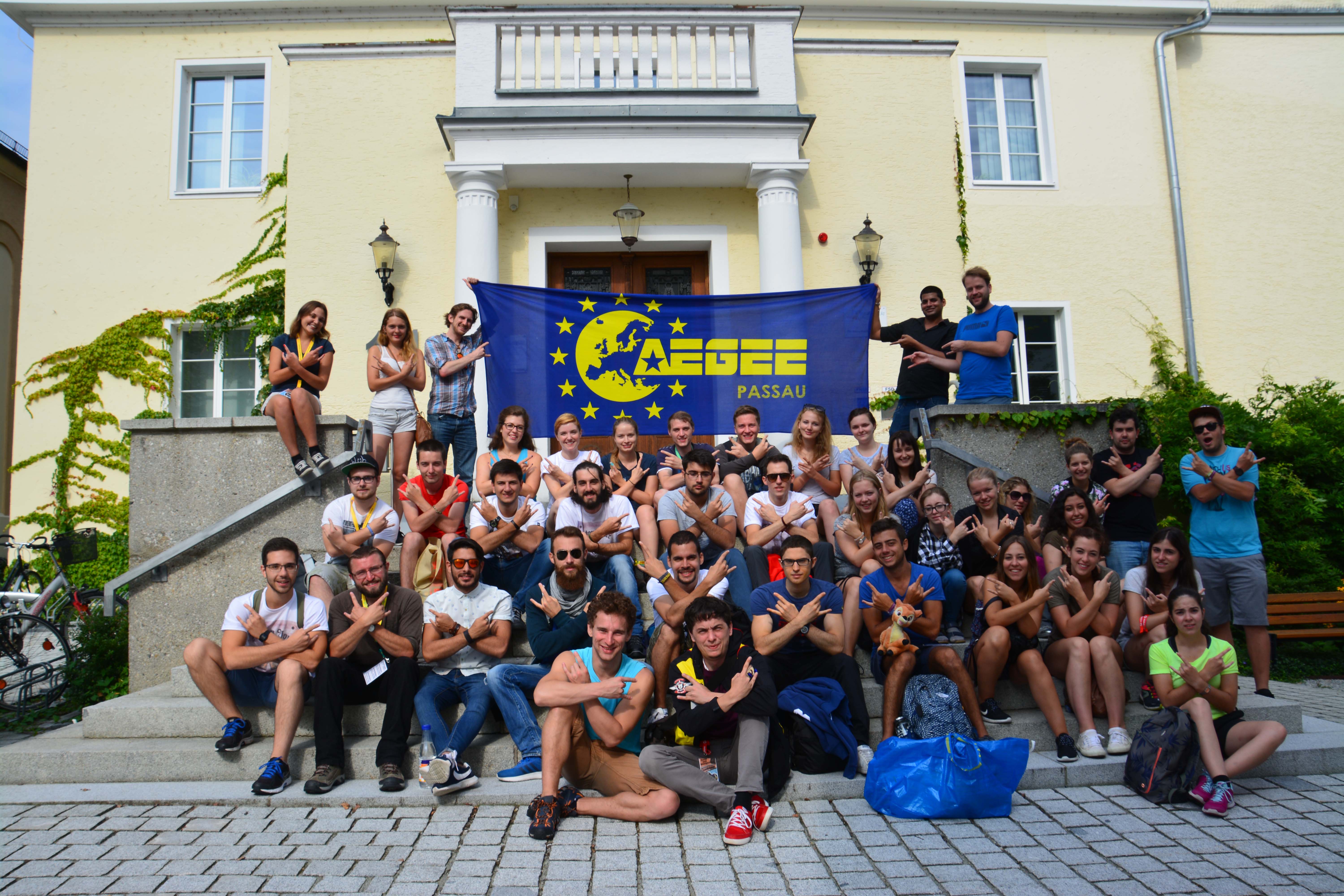 photo contest over the course of the entire SU, where the participants had to capture various moments and places with a camera. Of course, workshops were held in Passau. At first, in AEGEE style the first one was about “Spreading Europtimism”, which was about the potential of the European idea. Afterwards, we again dealt exclusively with the local culture and put on our costume to go together to the Gäubodenfest, the second largest Volksfest in Bavaria. There was no lack of practical workshops, so we were able to decorate our own gingerbread hearts the next day in a local bakery, which were then personally examined by the baker’s master. Then we took the hiking boots and crossed the border to Austria. Our goal: the “Mostausschank” at the Inn, a local family business, where they serve home-made cider and other specialties. The last day of the program started with a boat trip around Passau. One last workshop focused on “Civic Education”, which is the softskills and knowledge that is given apart from school education. 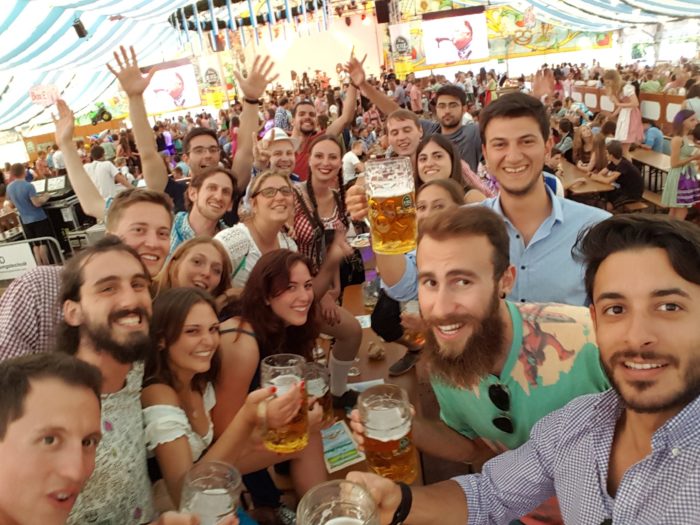 Finally, we went to celebrate one last time and the next day came the great farewell. At a last brunch many hugs, and wishes were distributed. These two weeks were an unforgettable time when we found friends for life. We are looking forward to seeing every participant and organiser again. So there is nothing more to say than “See you somewhere in Europe!” 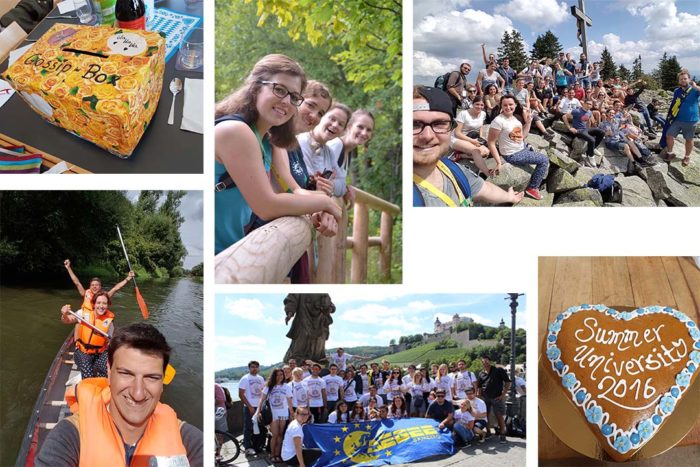